The ruthlessness of 2017 continues with BYU becoming bowl ineligible 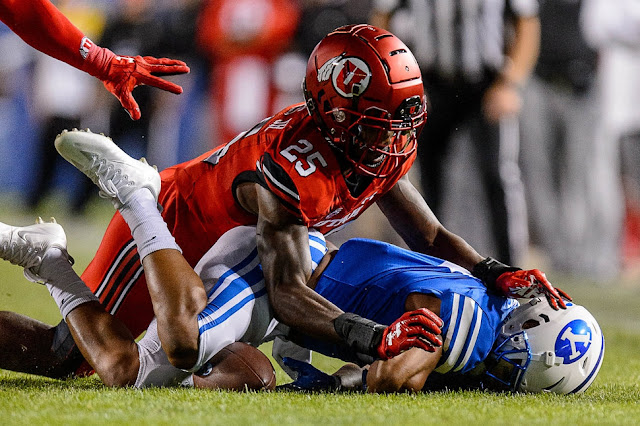 
When BYU lost to Fresno State on Saturday, the Cougars were eliminated from bowl contention for this season. However, it wasn't simply bowl elimination. The 2017 season wouldn't allow that. BYU had to be ruthlessly eliminated.

BYU has been attending bowl games regularly since the 1970s. Since that time, BYU has not participated in the postseason just six times. Only three of those seasons did the Cougars not qualify for a bowl, but they were never bowl ineligible while there were still three games to play in the season.

BYU came into the season having gone to a bowl game for 12 consecutive years. That was the eighth longest streak in the nation. (Floirda State is number one with 35, but the Seminoles are in danger of not qualifying with just a 3-5 record.)

BYU got the double and the triple bowl eligibility whammy on Saturday. By virtue of victory over BYU, Fresno State didn't just eliminate the Cougars from the postseason; the Bulldogs won game six, which qualified them for a bowl game. On that same day, former BYU head coach Bronco Mendenhall's new school Virginia also won game number six on the season to qualify for a bowl.

There is no scenario where 2-8 feels good, but for Cougar Nation it feels downright rotten. That's because it hasn't been a matter of nothing going right. Everything has gone ruthlessly wrong. Bowl eligibility is just the latest case.

The Editor appreciates all feedback. He can be reached via email at bluecougarfootball@gmail.com
BYU Cougars BYU Football