Posted by The Editor on April 11, 2011
The Brigham Young Cougars concluded spring football with an exciting spring game last Saturday. With spring practices now in the books, it is time to get our blue hot answers to the Spring Football Burning Questions. 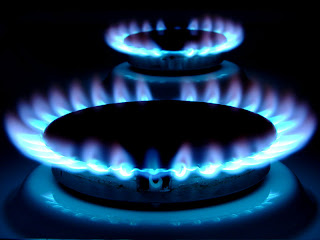 1. Will the coaching changes make a serious impact?
The coaching changes are having an impact, which is inevitable. Is it enough to be considered serious? Yes. All the players are saying they love their new position coaches. Joe Dupaix, Brandon Doman, and Ben Cahoon are maximizing their positive impact with their high energy and enthusiasm. The coaches’ emotions will send the team off on a high for the summer. Summer workouts should be better, and result in the team coming back in August closer to being game ready.

On the KSL radio spring game pre-game show, Doman sounds like he has gotten to know his players and identified how to take advantage of their strengths and what areas they needs to improve on.

2. What is going to be done with the tight ends?
The tight end position appears to be settled. With Mike Muehlmann moved to defense and Richard Wilson out recovering from shoulder surgery, Devin Mahina and Austin Holt have become the number one and number two guys, respectively. Marcus Mathews will not line up tight, but play in a flex-end capacity. Kaneakua Friel is carving a place for him as a tight end as well.

3. Will the defensive secondary reload or rebuild?
The defensive secondary has reloaded. All eight players on the two deep roster appear to be capable of starting. Daniel Sorensen was impressive fresh off his mission. He is part of the current first unit along with Corby Eason, Robbie Buckner, and Travis Uale. Preston Hadley, Jordan Johnson, Jray Galea’i and Mike Hague make up the second team.

4. Which newcomers are going to have an immediate impact?
Uona Kaveinga has been singled out by Bronco Mendenhall as the leader on defense. Ross Apo was another spring star. Big things can be expected from him in the fall. Hebron Fangupo looks like he will be a force up front as well. Drew Phillips, on the other hand, has great playmaking potential, but sounds like his impact this year will be limited.

5. When will Jake Heaps be designated as the starter?
I am still yet to find a quote from Bronco that Heaps is the starter September 3, and only a complete melt down will change that. Honestly, that doesn’t really matter. Heaps had a good spring. Players and the media are talking openly about Heaps as the number one quarterback, and both Bronco and Doman are not making any effort to change that perception. As I stated before, I don’t expect Bronco to make any additional, or clarifying, endorsement of Heaps as his starter. He will let things continue to keep the status quo, unless a change occurs.

Click here for the complete coverage of spring football on BLUE COUGAR FOOTBALL.