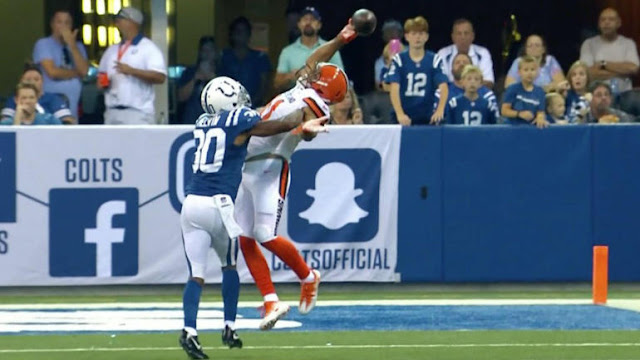 For the last three seasons, former BYU Cougars wide receiver Jordan Leslie has been chasing his dream of playing in the NFL. He has bounced around the league from one practice squad to another, and from one off season program to another.

Earlier this season his dream became a reality. Nevermind that it came with the Cleveland Browns. In the one game he played, Leslie made one of the best catches in the NFL this season.

Two weeks later, he pulled a hamstring and he ended up being cut. He has fully recovered, and has found an opportunity wth another team for the final week of the season.

Just finished a work out and get a call from another team to come sign. 🙌🏽🙌🏽Been a busy two days but happy with the outcome.
— Jordan Leslie (@Jles9) December 26, 2017


He also tweeted earlier that he was receiving lots of interest from teams for next season.

Unfortunately, the Denver Broncos have a 5-10 record and have been eliminated from playoff contention, so this will be for just the final game this weekend.

Leslie is the second former Cougar who received an unexpected late season opportunity. Last week, wide receiver Colby Pearson was signed by the Green Bay Packers to their practice squad.

The Editor appreciates all feedback. He can be reached via email at bluecougarfootball@gmail.com
BYU Cougars BYU Football Colby Pearson Jordan Leslie