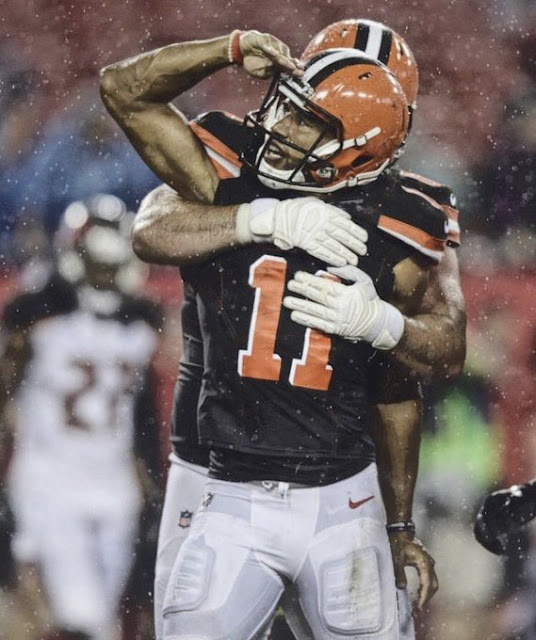 Former BYU wide receiver Jordan Leslie is back on the Cleveland Browns roster. He was waived by the Browns at the end of the preseason on September 2, 2017.

In the preseason, Leslie made nine receptions for 93 yards and scored two touchdowns.

The Browns have not updated their roster yet with Leslie, nor has the transaction been listed on the team's official website, but Leslie announced it via twitter with this tweet: "I'm backkkkkkkk."

Leslie had 55 receptions for 779 yards and six touchdowns in 2014. It was his only season with BYU.

His addition to the roster makes two former Cougars on the Browns. Kai Nacua is the other.


The Editor appreciates all feedback. He can be reached via email at bluecougarfootball@gmail.com
BYU Cougars Cleveland Browns Jordan Leslie