Posted by The Editor on February 23, 2011
The Brigham Young Cougars football program has fought long and hard to earn national respect. The BYU Quarterback Factory of the 1970s and early 80s guided BYU to 10 consecutive conference championships and 11 in 12 years, to eight seasons as the nation’s leading passing offense, and to a national championship in 1984. The factory saw three of its products drafted in the first round of the NFL draft. By the end of the 1985 season, the Quarterback Factory had earned an enormous amount of national respect for BYU football.

The Quarterback Factory found validation a little harder to achieve. Even while the Factory was at its peak, an uprising had already started in the south. The University of Miami (FL) had only half as many good passing seasons and half as many good signal callers as BYU, yet the Hurricanes were already being labeled nationally as “Quarterback U.”

Twenty five years ago, Jim McMahon found a way to validate the BYU Quarterback Factory. Even though his playing days in Provo had ended four seasons earlier, the record setting QB filled one of the final holes in the Quarterback Factory’s resume.

Super Bowl XX was played January 26, 1986, and Jim McMahon became BYU’s first quarterback to win a Super Bowl as a starting quarterback. He did it in typical McMahon fashion—flashy. Under McMahon’s direction, the Chicago Bears set Super Bowl records for the most points in Super Bowl history (46) and the longest scoring drive (96 yards). That 96-yard scoring drive was the Bears’ first possession of the second half. It ended with McMahon’s second rushing touchdown of the game (tying another Super Bowl record). That pushed the lead to 30-3. Game over. His stats were impressive. Besides the two rushing touchdowns, McMahon was 12 of 20 (60%) for 256 yards (12.8 yards per attempt, 2nd best in Super Bowl history), and a passer rating of 104.2. 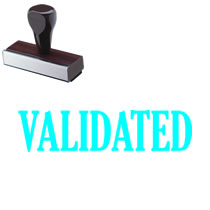 Even to this day, no former Miami Hurricane quarterback has won a Super Bowl. More importantly, critics could no longer dismiss the success of the BYU passing attack as a system that pumped out inflated numbers through fancy trickery on inferior competition. A BYU Quarterback Factory product had played great in the brightest spotlight on the highest level of competitive football.

More flashbacks can be found on the Flashbacks page.

The Editor appreciates all feedback. He can be reached via email at bluecougarfootball@gmail.com
Brigham Young Cougars Jim McMahon